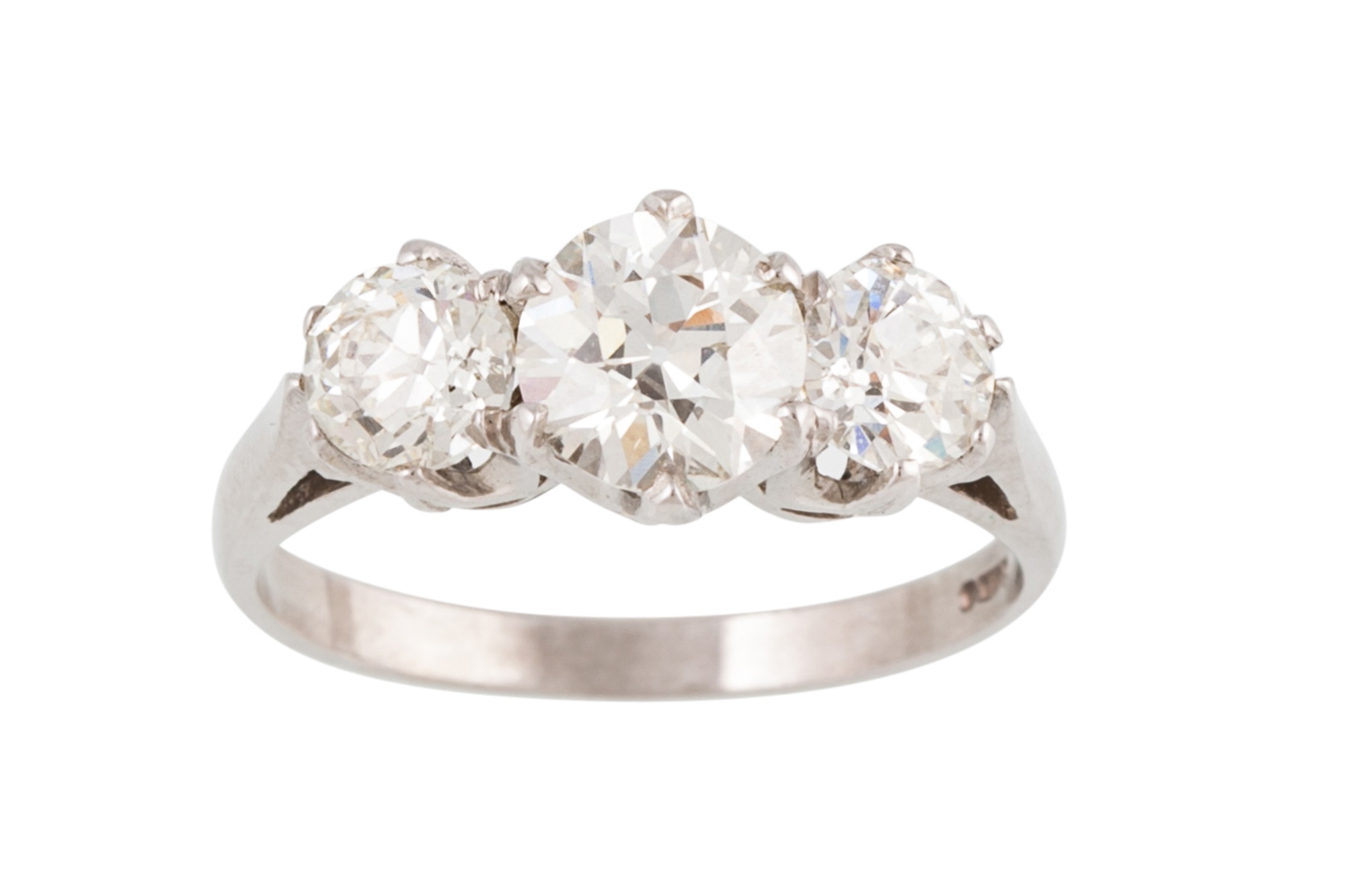 Engage yourself with diamonds at O’Reilly’s

The word diamond comes from the Greek ‘Adamas’ meaning indestructible and is the hardest of all natural substances.

Romantic in history and symbolic of love, our fascination with diamonds appears to date back as early as the fourth century BC when they were mined in the ancient diamond fields of India. At that time, they were adorned by only the extreme wealthiest in society, eventually, with the trade of spices, etc they made their way westwards to Europe and were popularised among the wealthy elite from the 1400’s. The modern story of diamonds really only starts with the discovery of the South African deposits in 1866 and by 1900 de Beers controlled 90% of the world’s diamond markets and with the development of modern and efficient mining techniques diamonds became more widely available, by the late 20th Century as just about anybody could own one.

Due to their durability, ability to take a high polish and their symbolism diamonds have been popular in engagement rings since the late 19th and early 20th Centuries, although betrothal rings themselves have thought to have been around since Roman times. The solitaire is the design most associated with engagement, popularised by Tiffany who came up with the design for the modern solitaire ring in the late 19th Century, simple and classic, this clawed design allowed light to flow through the diamond and showing it off to its best, this design has changed little over the years and remains the most sought after at auction. In 1947 de Beers came up with the slogan ‘Diamonds are Forever’, this marketing along with the popularity of displaying diamonds in Hollywood from the 1930s (think Marylin Monroe ‘Diamonds are a girl’s best friend’) helped romanticize diamonds as a symbol of the depth of a man's commitment to the woman he loves in practically all corners of the world.

Diamonds cuts have progressed from the simple table cut to the rose cut to the old mine and European cuts to the modern brilliant cut which is  the most popular today with its 58 facets engineered to reflect as much light as possible back to the viewer. Other popular modern cuts are the emerald cut or princess cut with their clean lines which give a contemporary look, the marquise cut is very elegant giving length to the finger, my personal favourite are the older cuts, they are chunkier, hand cut stones which are unique in character; the old mine cut with its slightly ‘cushion’ shape and the old European cut which is more circular.

The quality of a diamond is as important as the cut, colour and clarity being the most important aspects which affect price with quality of cut to a lesser extent. Colour ranges from completely colourless ‘D’ through to ‘M’ with a strong tint of yellow, with mid - range ‘H’ and ‘I’ colours remaining popular colours at auction as they are affordable with an almost imperceptible colour tint, clarity ranges from ‘Internally flawless’ to ‘included’ with VS (very slightly included) – SI1 (slightly included) being affordable and acceptable compromises.

As always, we have a selection of solitaire and other diamond rings at O’Reilly’s this month;