In 1971 he moved to Ireland, where he settled in the south Dublin town of Dun Laoghaire. A well-known figure in and around his adoptive hometown, often walking the pier and parks of Dun Laoghaire. From here his work gradually moved away from abstract expressionism to embrace figurative representation. He was strongly informed by his new seaside hometown, often painting street- and seascapes of Dun Laoghaire, Sandycove and Glasthule. He made paintings of places that he saw every day and became fascinated by the relationship between the land and the sea, which you can see from Lot 228, Ferry departing (Dublin Bay series), oil on canvas, ca 8 x 10”

He was a part-time lecturer at the National College of Art and Design, Dublin from 1975 to 2000, and was a member of the Royal Hibernian Academy. The recipient of numerous awards, he exhibited regularly in the RHA Annual Exhibition, Irish Exhibition of Living Art and Figurative Image shows, and presented solo exhibitions of his work with Taylor Galleries from the early 1980s. His work is well known in the USA as well as the public collections of Trinity College Dublin, Bank of Ireland, Jury’s Hotel Group, Nissan Ireland, OPW / State Art Collection. 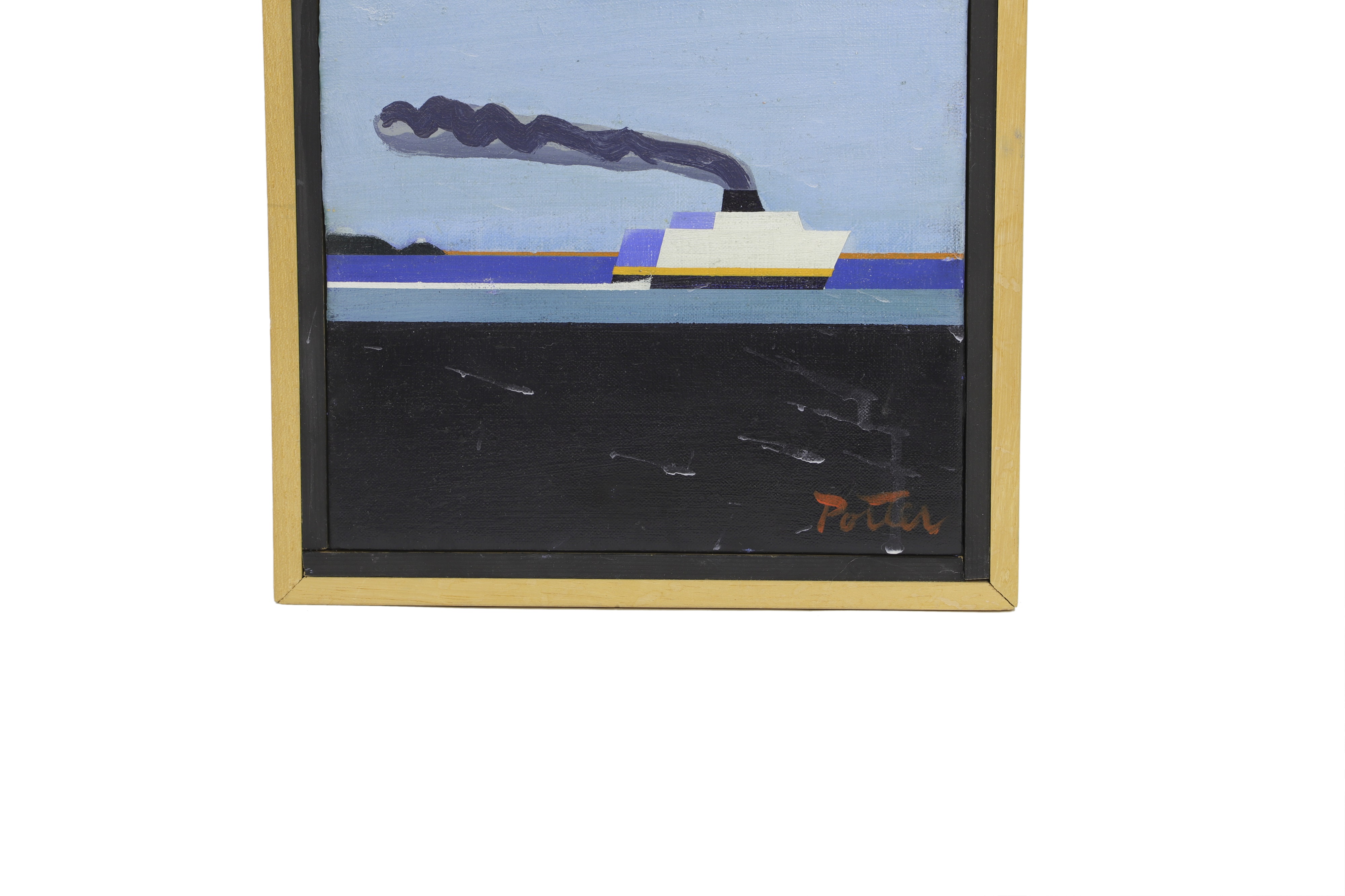