Toi et Moi rings have been around for centuries, and the style is seen in many antique rings particularly in the 19th Century as well as throughout the 20th century, but the trend is making a comeback in modern times thanks in part to some A listers such as Arianna Grande, Emily Ratajkowski and Megan Fox sporting beautiful examples. The French term ‘Toi et Moi’ means you and me and has obvious romantic connotations, in an engagement ring one stone is said to represent the bride and the other the groom. The style first became famous in 1796 when Napoléon Bonaparte proposed to Josephine de Beauharnais with one of these rings. The design features two stones that wrap around the finger meeting in the middle, they can feature matching stones or different stones / sizes or cuts. Another exceptionally famous ring of this style is the Queen of Denmark’s engagement ring which features two exquisite six carat square diamonds by Van Cleef & Arpels, Jackie Kennedy also popularised this style by wearing a beautiful emerald and diamond wrap around ring.

Featured in our upcoming sale Lot 347 features an old mine cut diamond and an old European cut diamond in a Toi et Moi wrap around platinum setting, totalling 3.90 ct in total. It is estimated to sell between €9700 and €12,000. 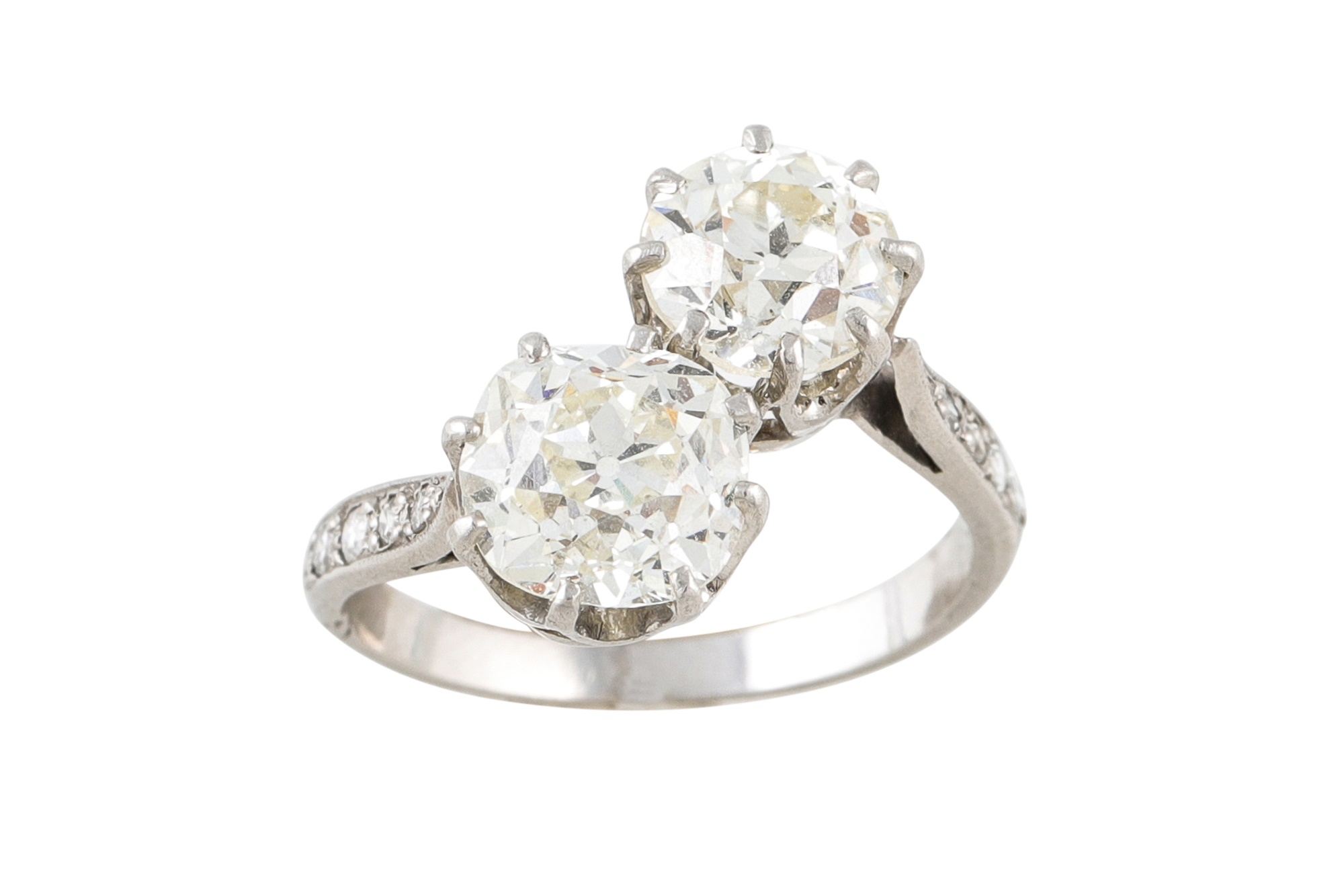 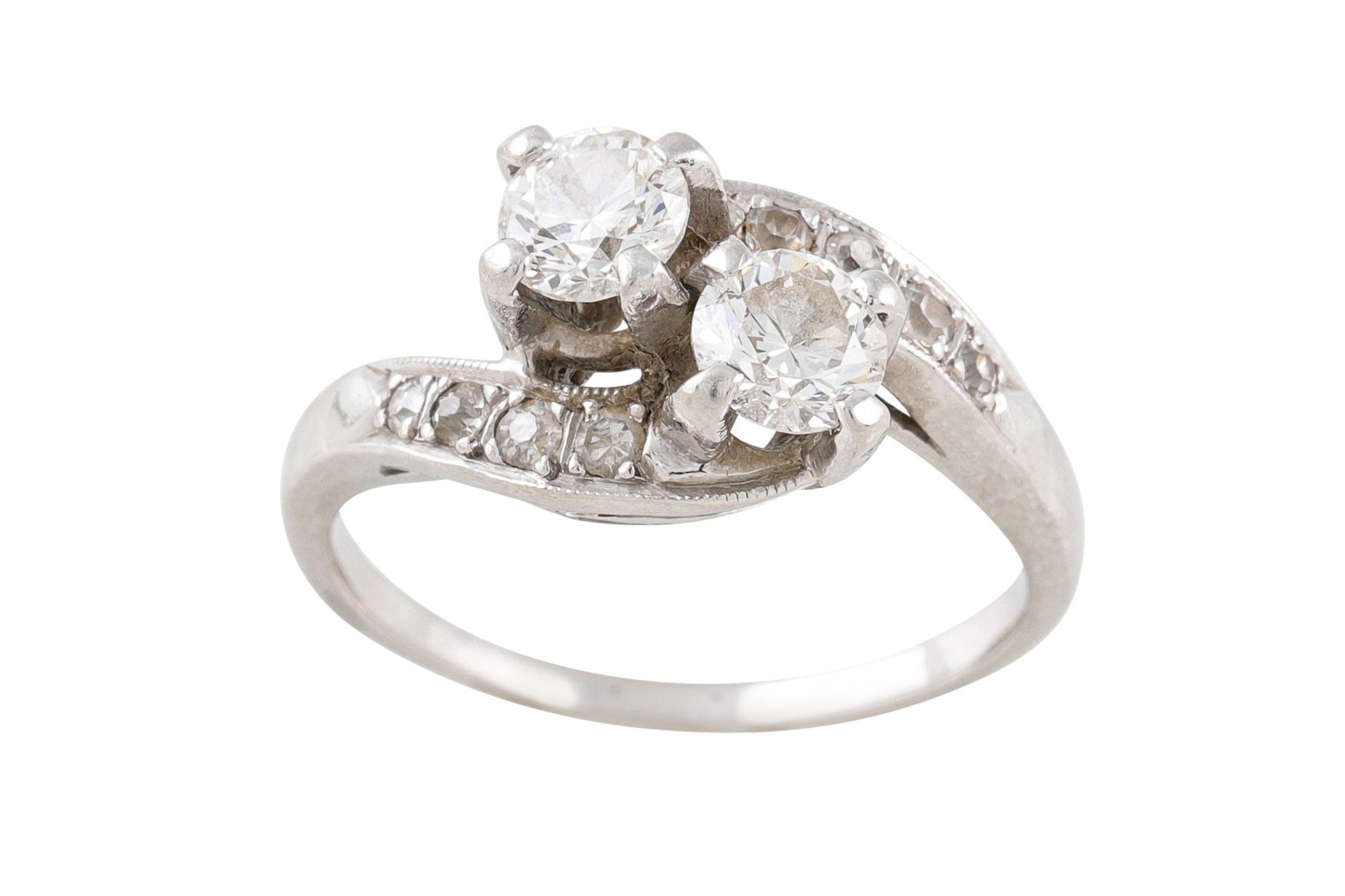