Koert Delmonte was born in Amsterdam on April 15th, 1913. He was awarded a scholarship to Academie de Beauxants in Brussels specialising in landscape and portrait painting. He held his first solo show in 1936 at the gallery De Ronde Burg, Amsterdam.

During WW2 he became involved in the resistance movement against Nazi occupation. He concentrated on making false documents passports and ration cards.  The SS attempted to hunt him down on several occasions but never apprehended him as he went on the run moving from one safe house to another.  After the war he was awarded the Gerrit Van Der Veen Penning for his work in the underground movement.

During the early 1950s Delmonte travelled across Europe, including a visit to Dublin. His paintings were exhibited in London at the Wildenstein and Redfern Galleries along with the Royal Academy.
By 1954 he was permanently settled in Dublin exhibiting at the United Arts Club and the Royal Hibernian Academy. During the 1960s and 1970 he exhibited at the Richie Hendricks and Lad lane Gallery in Dublin

In 1967, he was the Chief organiser and co-exhibition of the Dutch Contemporary Art in Ireland exhibition at the Municipal Gallery of Modern Art, Dublin.  He was regular exhibiter at the RUA from the 60s to the 70s. he died in 1982 and is buried in Ashford co. Wicklow. His works are held in both public and private collections in Ireland, UK and Europe. They rarely turn up at auction.

O’Reillys are pleased to offer three portraits in this sale. LOT 521 and 522 are companion portraits of a yet unidentified couple, man and woman. They are both half-length and face the viewer full on. Dating from the 1960s, they are painted with confidence and lighting reflecting the subject’s mood. They were re-framed in an Attractive lined Ash Frames in 2003. LOT 523 is a delightful portrait of the New York born artist Charles Brady H.R.H.A 1926-1997. Brady and Delmonte first settled in Ireland during the 1950s and became fine friends. Charles often dropped into Koerts Monkstown Studio on his way home to neighbouring Dun Laoghaire. This is a very strong, yet sensitive portrait painted quickly on board in1967 when Charles was 41. 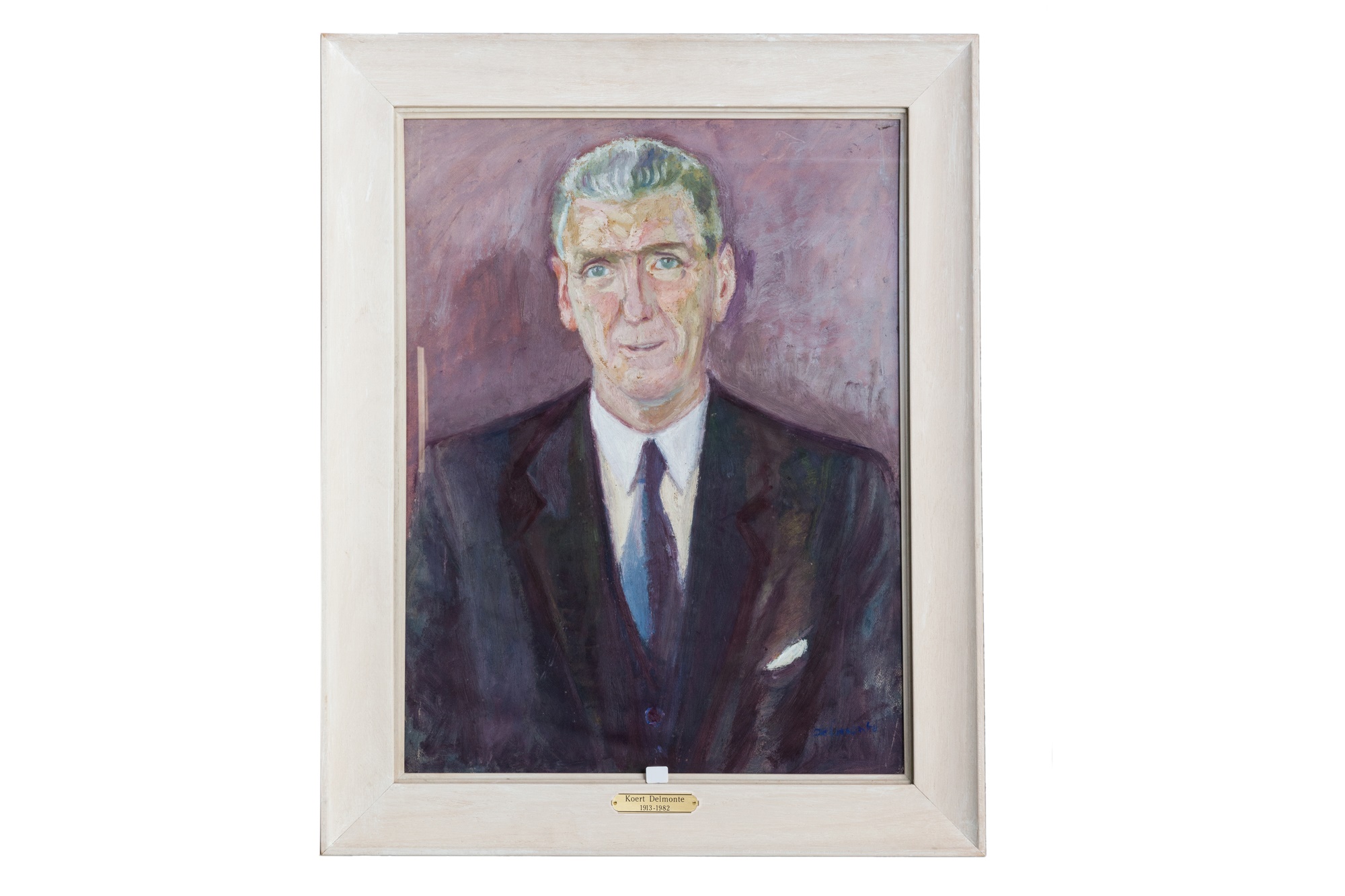 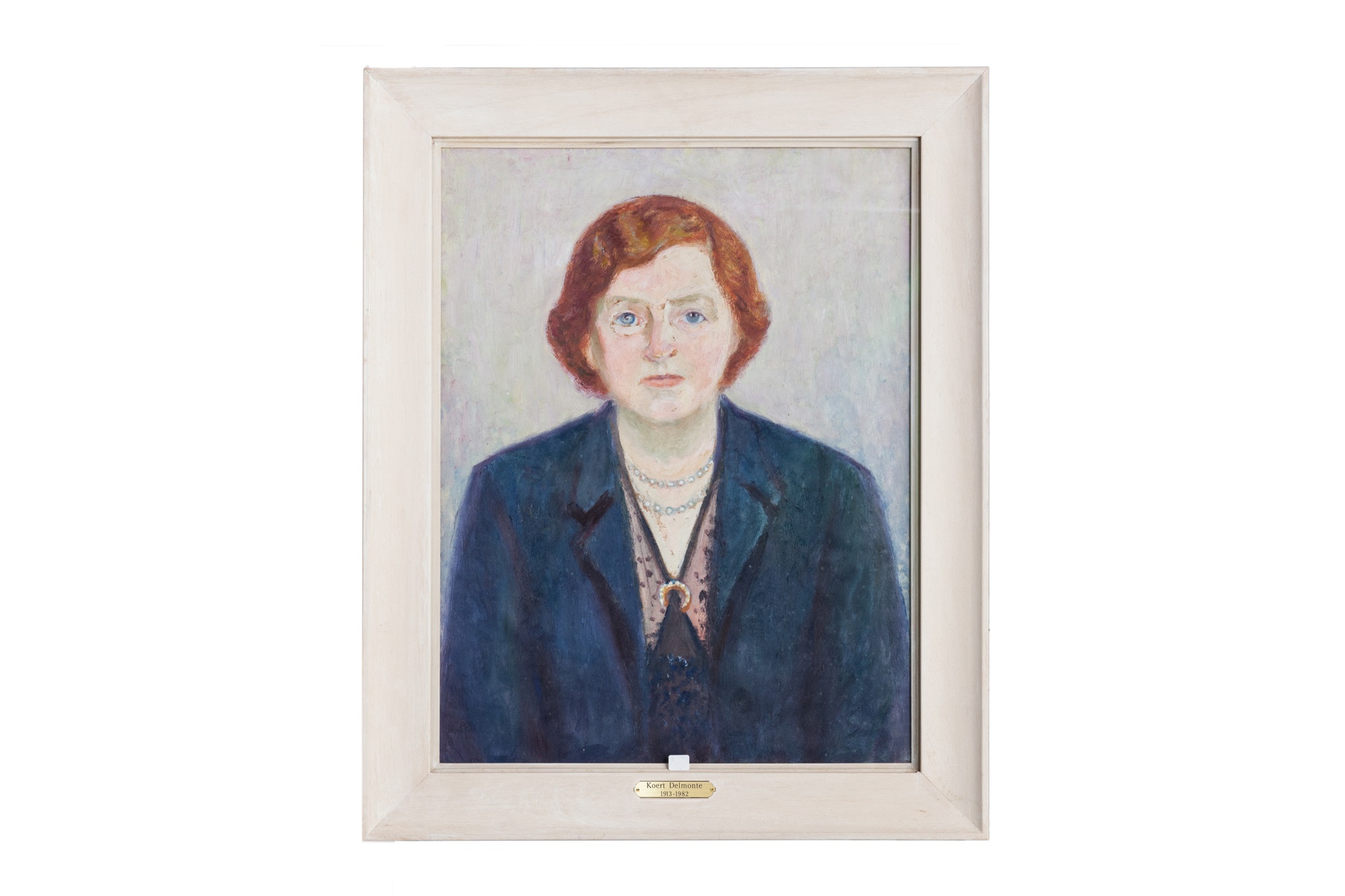 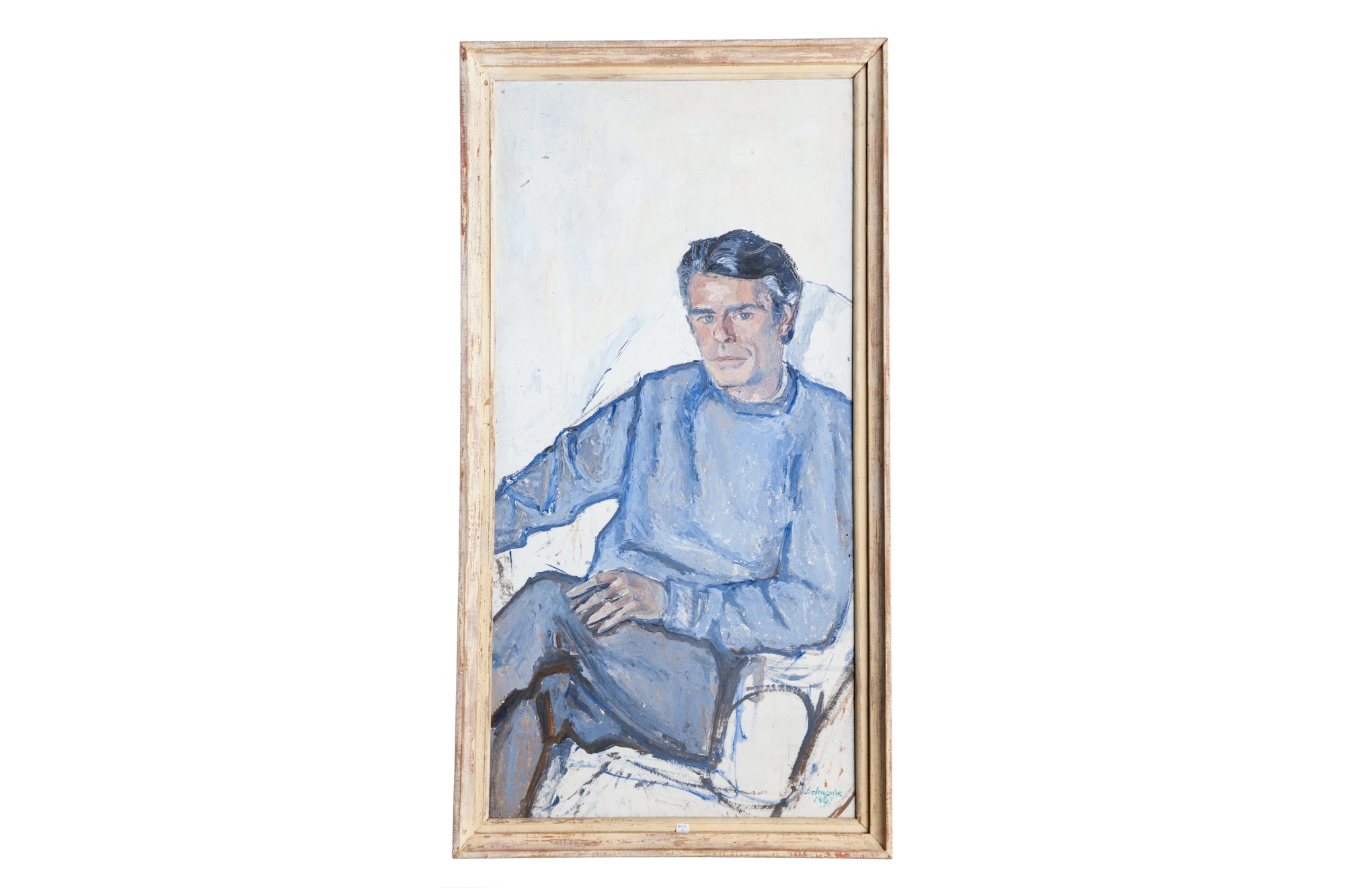 By 1967 Charles Brady was exhibiting both here and New York. Brady and Delmonte were in their prime and made a name for themselves for their artwork.

Delmonte, made and hand finished the frame for this Portrait.