She has the ability to create scenes that evoke emotion through the use of a hard, cold material.

Melanie le Brocquy was born on December 23rd 1919 to parents Albert and Sybil le Brocquy. Her mother was a playwright and was heavily involved in the organisation of the Women’s International League for Peace and Freedom in July 1926, amongst other civil movements in Ireland. Melanie was the youngest of three children and was also the only girl; her older brothers were Noel and Louis, the renowned HRHA painter.

Le Brocquy worked in the medium of sculpture, on a relatively small scale. However, this scale does not equate to a lack of detail or care; she did not produce a large catalogue of work but what she did make is worthy of great respect. She was professionally trained in the art of sculpture both in the National College of Art & Design in Dublin as well as the École des Beaux-Arts in Geneva. She first exhibited in the RHA in 1938, and in 1995 was awarded the best bronze casting at the RHA. Le Brocquy works using the method of bronze casting and has the ability to create scenes that evoke emotion through the use of a hard, cold material.

In this auction, we have an untitled sculpture by Melanie le Brocquy, of a figure seated and in deep contemplation. The figure sits upright on a bronze plinth, hands in their lap holding what appears to be a babydoll. There is a solemness to the piece as the figure appears larger than a child and is static, while holding a child’s play thing. Perhaps the figure has outgrown toys but is yearning to still hold on to their youth. However, on account of the lack of facial features and thus expression, the context of the piece is up to interpretation of the viewer. 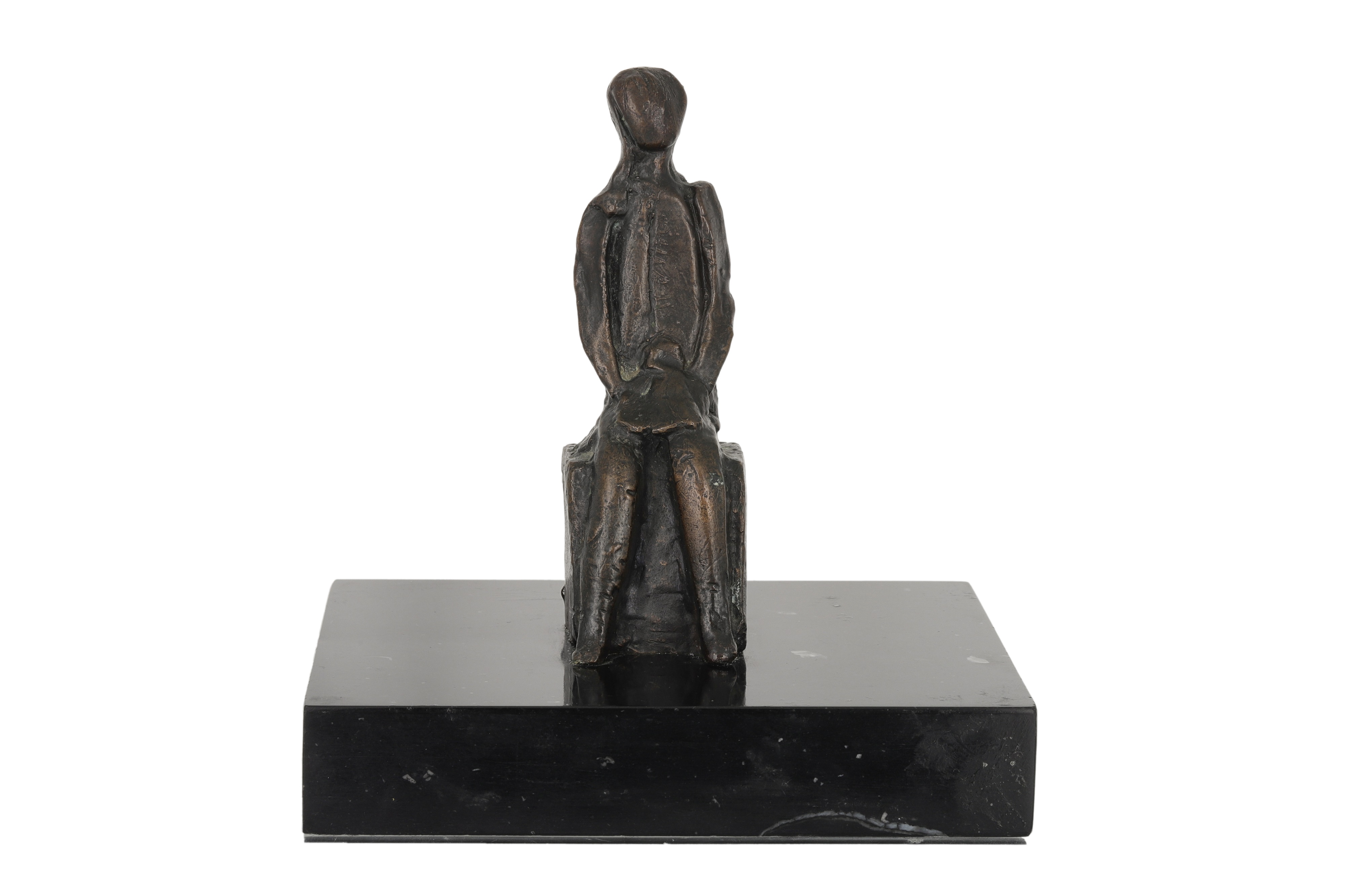 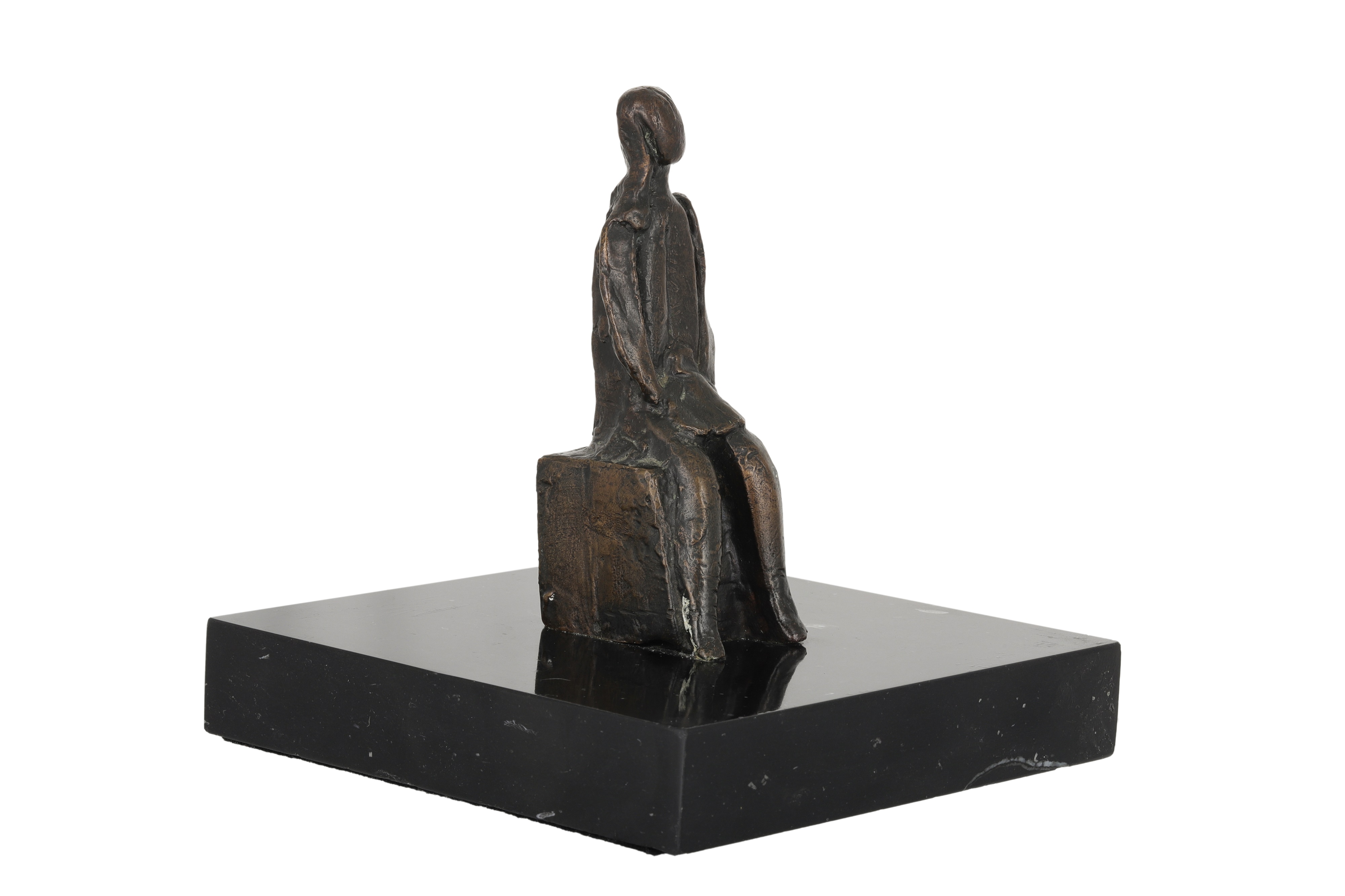 Provenance; given by artist to her friend, Mrs Muriel Booth and by descent through family