In 1752 the Dutch East India Company ship the Geldersmalsen sunk off the coast of South China
Sea. On her maiden voyage, the cargo ship was on her homeward journey to the Netherlands. The Geldersmalsen left Canton in December 1751 and only sixteen days its journey crashed in to a reef. Carrying vast amounts of cargo to be sold off in the Netherlands, it was transporting over 150,000 pieces of porcelain as well as raw silks, tea, bronze and gold. Bought for very little in China, the Dutch would have used this beautifully decorated Chinese porcelain as ships ballast and upon their return home to the then European superpower the upper- and middle-class Dutch were eager to get their hands on such items.

The shipwreck was discovered in 1985 by captain Michael Hatcher a British explorer and marine salvor and after 235 years submerged in seawater the salvaged contents were auctioned by Christies in 1986 in Amsterdam.

The porcelain cargo on board had originally been made in the Southeast Chinese province of Jiangxi and was shipped to Nanking to be loaded on to the Geldersmalsen. 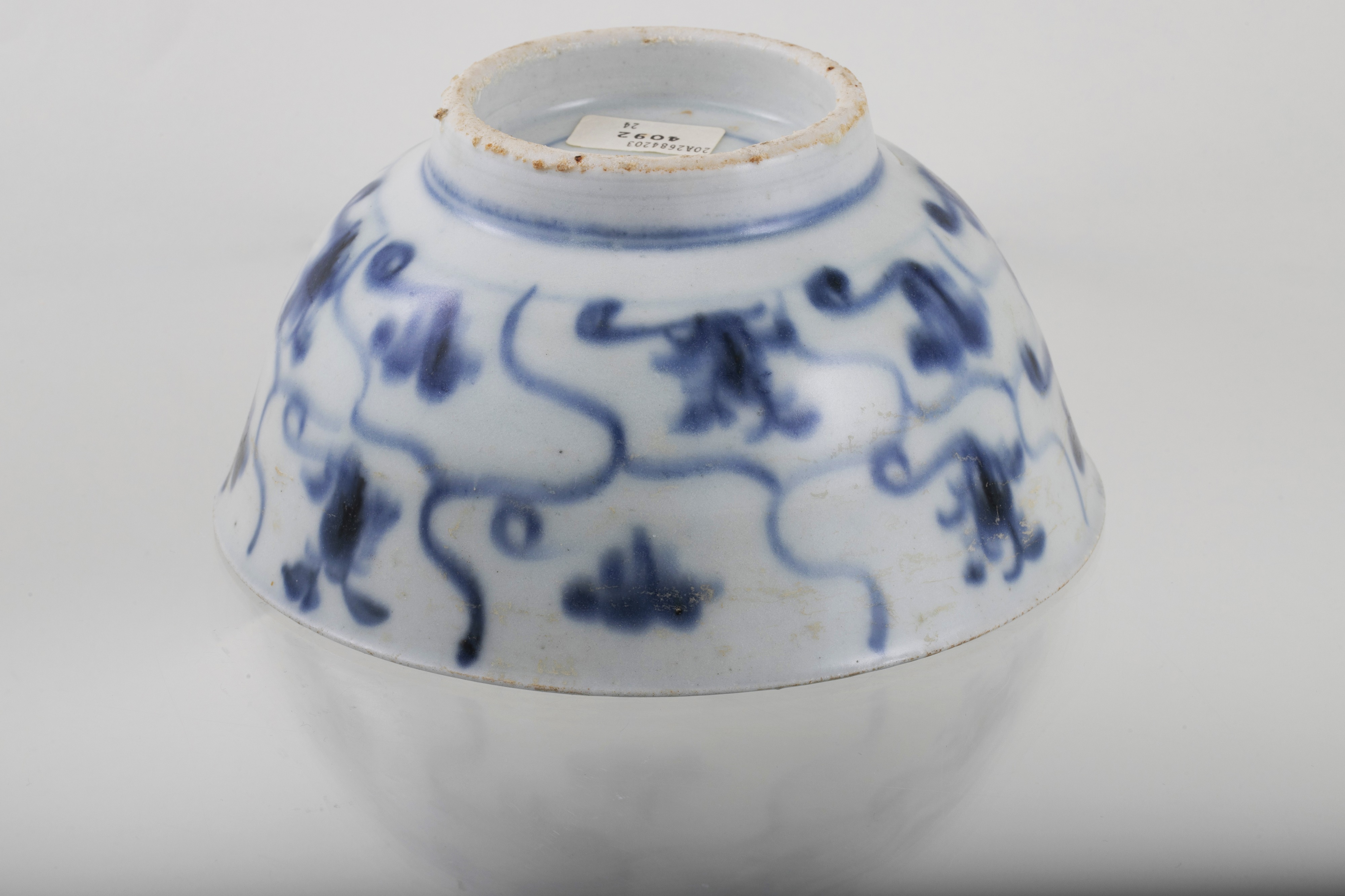 Lot 498 in our August 2022 Sale is a blue and white porcelain bowl from the Nanking Cargo ship. Set on a footring, it is approximately 15.3 cm in diameter and 7.5 cm in height, it is decorated in Imari style floral motifs set between an interwoven swirling pattern which runs continuously around the inside and outside of the bowl meeting in a concentric swirl at the base of the inside.

There is evidence of firing faults throughout, which is a good sign and helps to strengthen its provenance. Firing faults are seen in porcelain from the East during the Song, Yuan and Ming dynasties and up to the Qing Dynasty. For any porcelain collectors out there, it is often a key indicator of age. It is extremely rare to get a piece of porcelain from any of the aforementioned periods without some visible firing flaws, and should you find one it is likely to be a fake. Flawless pieces from this period do exist, but they are few and far between and were made by very skilled potters for high class kings and Emperors.