“In so far as it is concerned with truth that goes beyond appearance and form, art is transcendental. The consciousness of this is often a snare for the painter who is led by a false preoccupation with some literary or intellectual conception of reality into a time-conscious literary form. Nano Reid realised with the instinct of a painter that for her the whole truth existed in the head, the body, the structure of life: it lay there revealed in the form, the line, a timeless and profound reality.“

This year marks the 40th anniversary of the death of a very important Irish artist; Nano Reid. A specialist in figurative, landscape and portrait painting Reid is known for her playful perspective and abstract views. Her technique, inspired in her early career by expressionism and cubism, includes sweeping brushstrokes, a distorted subject and an earthy somewhat muted colour palette. She was particularly drawn to depicting simple and rather flat segmented compositions when it came to her landscape paintings. Greatly inspired by early carvings of the Boyne Valley in her home town of Drogheda her work celebrates ancient Ireland and its rich historical and mythological past.

Studying under Harry Clarke and Sean Keating, Reid trained at the Metropolitan School of Art, Dublin. Subsequently she enrolled at the Académie de la Grande Chaumiére and before returning to Ireland in 1929 she also studied in London under Bernard Meninsky. Once back home her work was regularly exhibited at the Dawson Gallery and the RHA.

Lot: 598 is an untitled painting by Reid which appears to depict a birds eye view of rural Ireland. Chequered fields separated by green pathways and narrow country roads swoop across the board. Reid has used a lovely soft palette of rusty orange, lime green, deep browns and yellow ochres spread so lightly that we often catch a glimpse of the raw board on which she works. 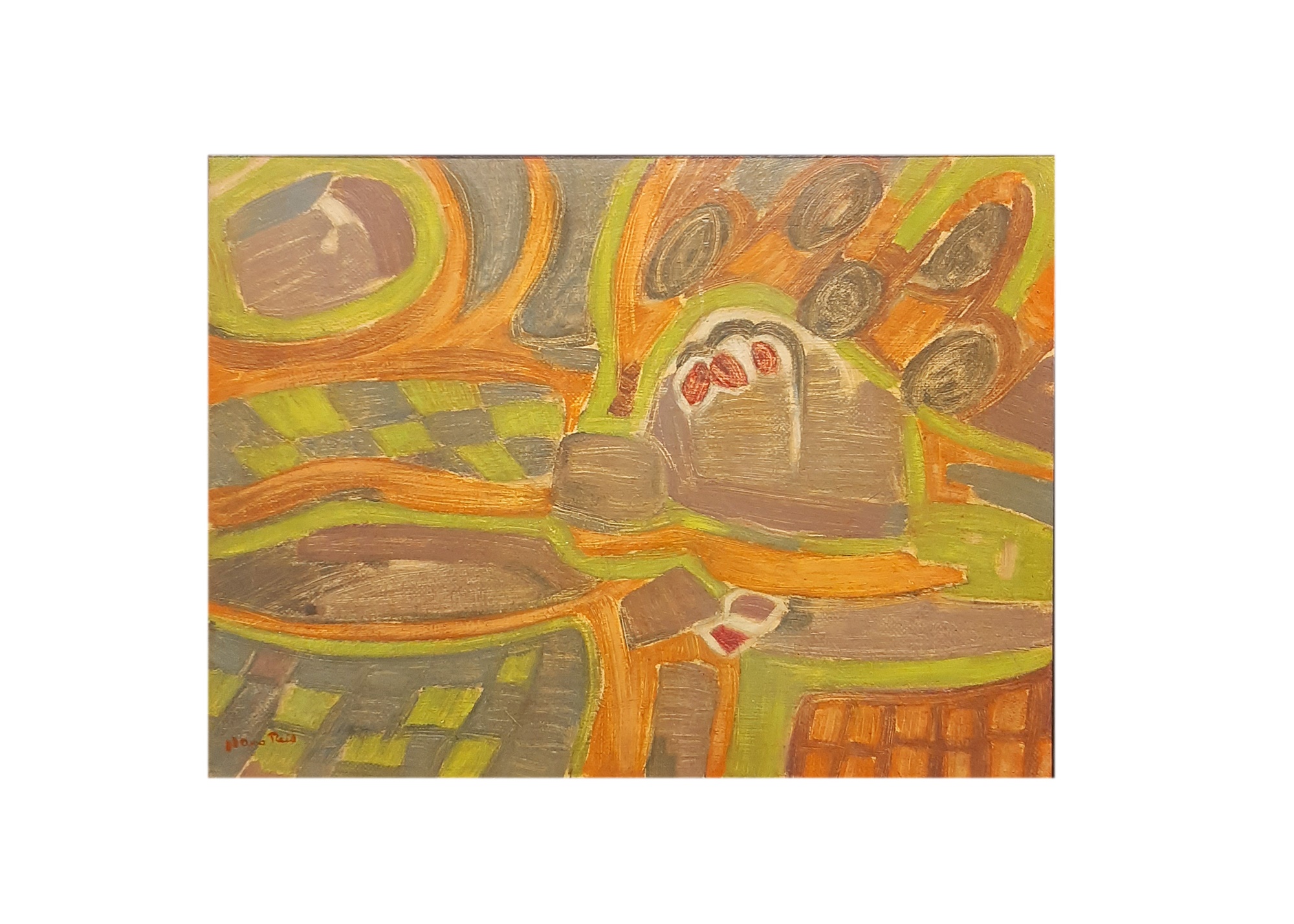 Celebrating the artists life and work Highlands gallery in Drogheda is holding a superb exhibition ‘Nano Reid- Adamantine’ until the 22nd of January 2022. Comprising over sixty pieces it is a great honour to her legacy and her contribution to Irish art. Keep an eye out for a new book to be published alongside the retrospective exhibition. A woman well ahead of her time and very much in touch with her roots we are delighted to offer a painting by the wonderful Nano Reid this December.