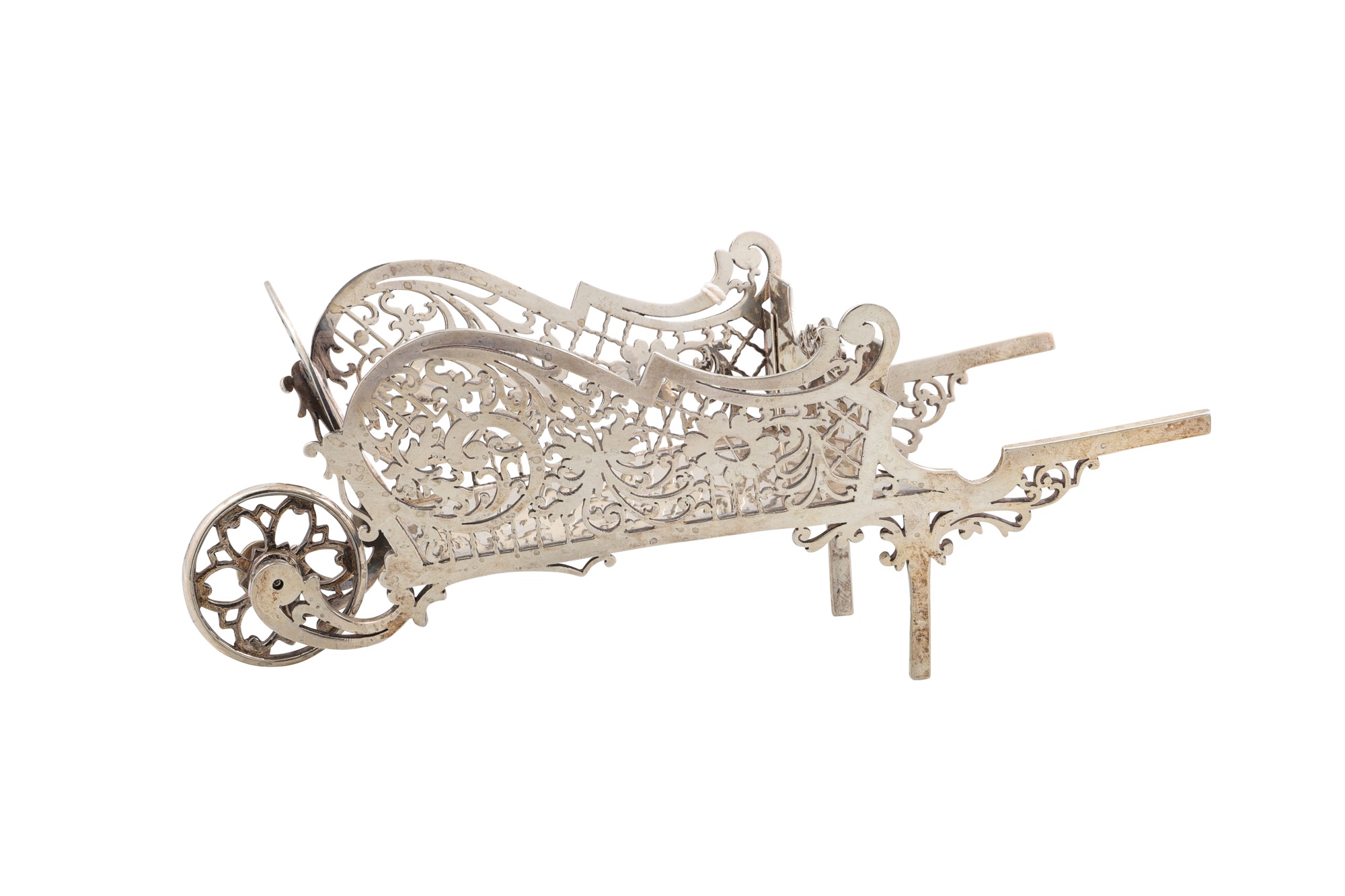 Novelty silver items are quirky humorous pieces, some are functional and serve a purpose while others were made purely for their novelty. They are often small pieces, and usually, they are in the form of an animal, a comical character, or an everyday object.

Silversmiths began to make novelty silverware in the 19th century in a clever response to a sudden surge of newly wealthy upper-class citizens. It was an immediate success, and the business of making novelty silver items lasted well into the 20th century. Tableware, such as condiment sets and cutlery, often took on a fun and whimsical new appearances, and there would have been high competition to have the most entertaining piece to impress visiting guests.

Lot 541 is a silver novelty wheelbarrow. It was probably used to hold bonbons (a very popular treat in the 19th and 20th centuries). Made in 1970 in Sheffield by F Drury Ltd, it is ornamental and novel. It demonstrates a high standard of craftsmanship in its elaborate open pierced decoration. Foliate swirls, floral motifs, and hatching patterns echo the theme of gardening. It is complete with a functional wheel at the front, so the bonbons could be passed along the table from one person to another in a humorous manner.