Paul Kelly - Spotlight on an Artist

Born in Dublin in 1968, Paul Kelly is an Irish contemporary artist. Entirely self-taught, he paints using mostly oil and watercolour.

Coming up for sale this April is two paintings by Paul Kelly.

Lot 607: a watercolour of Merchant Arch and the Half Penny bridge in Dublin and lot 608: an oil painting titled ‘Feeding the Ducks’.

Both were purchased by the vendor from the Gorry Gallery in Dublin, in April 1999, where the artist regularly exhibited and over the years held several successful solo and group exhibitions.

His work is predominantly influenced by impressionism and gives us a great sense of the style of painting ‘en plein air’, a popular term for capturing a scene whilst painting outdoors.

There are a number of artistic techniques which help convey a fleeting moment in nature; Painting the light as it appeared and changed in front of the artist’s eyes is perhaps one of the most recognisable of these techniques and Paul Kelly’s work definitely makes use of it.

This can be seen in lot 607 along the bridge and across the river where the light hits the buildings along the Liffey, and similarly in lot 608 whereby the light is focused on the little girl’s back and on the frame of the pram. It often reminds us of those cloudy days in Ireland where the sun creeps in and out bouncing its rays about creating a great sense of movement.

In both pieces, we observe the use of short, quick brushstrokes. The colour palettes are warm, soft pinks, beige, navy blues and viridian greens. Kelly is not afraid to play with contrasting colours, the jacket of the lady in ‘Feeding the Ducks’ where bright yellows pick up the highlights on a pink jacket or the river which displays a whole myriad of colours. 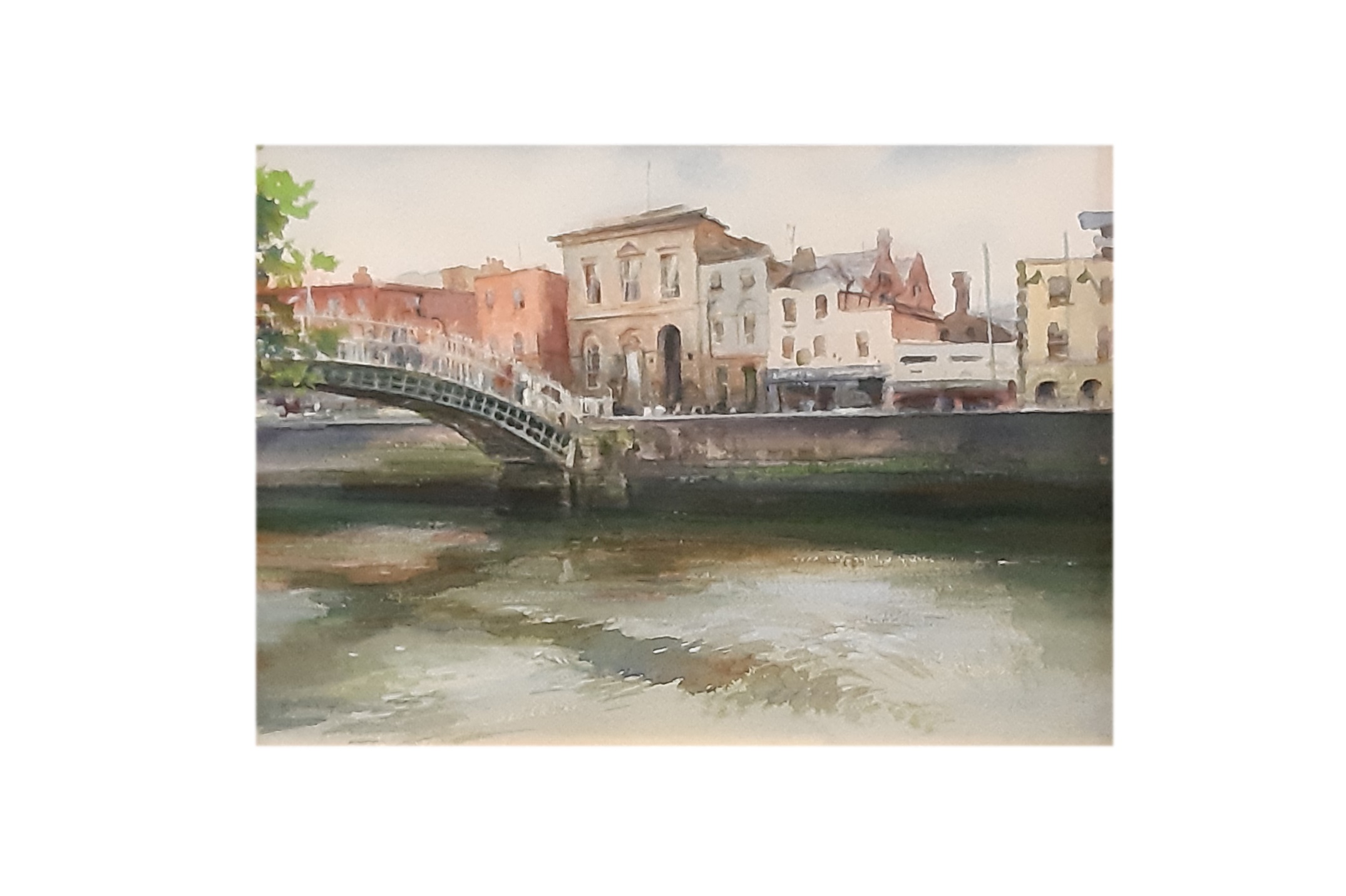 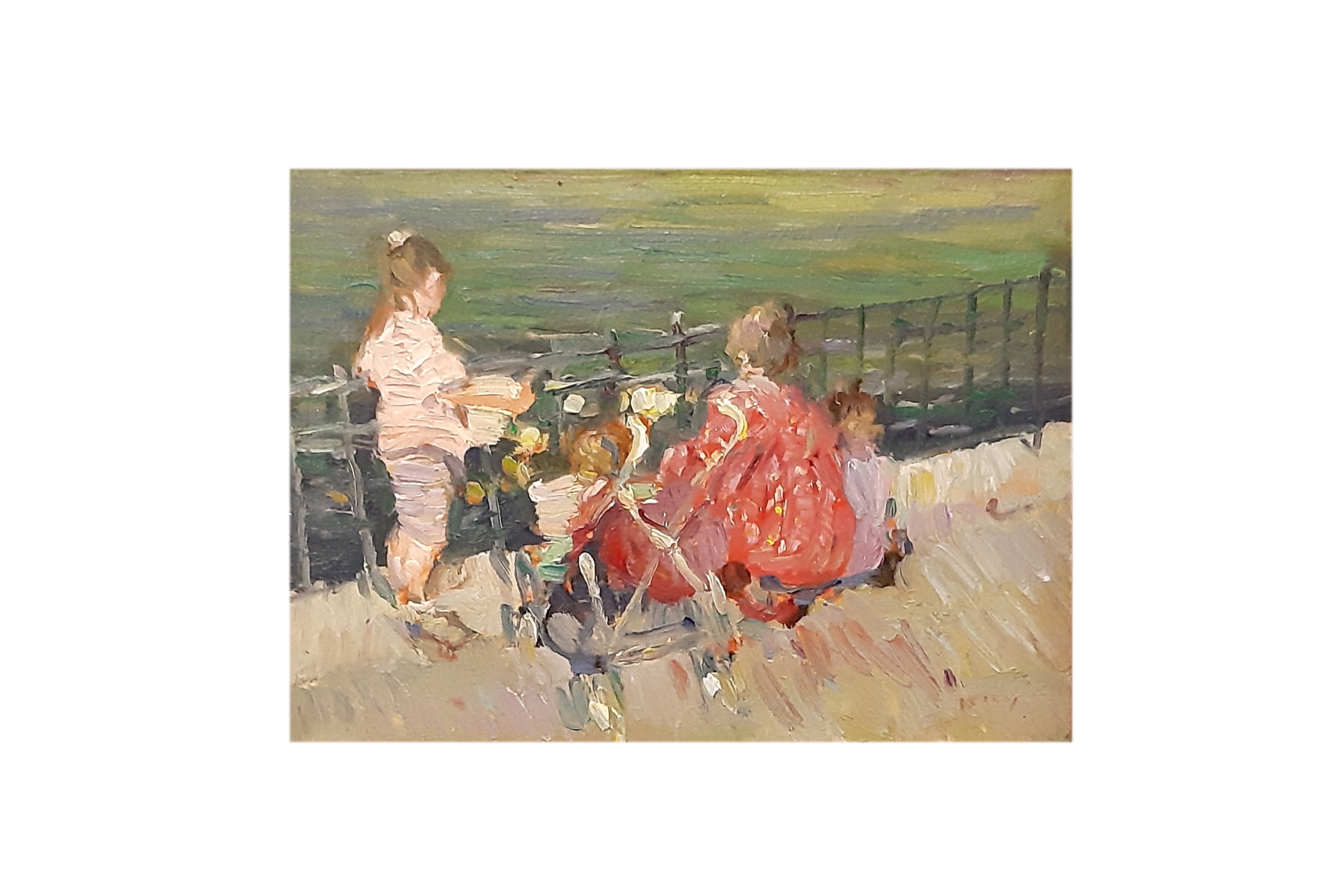