Peter Robert Keil was born in Germany on 6th August 1942

Peter Robert Keil was born in Germany on 6th August 1942. His father was a blacksmith who, unfortunately, Keil did not get to know well as he died during the second World War, and his mother was a creative woman who passed on her artistic talents to her son. Towards the end of the war, Keil and his mother made their way to West Berlin and settled in Wedding, in the borough of Mitte. The war and its subsequent after effects continued to influence Keil’s life and career as he developed into a working artist. In 1954, Keil was taken under the wing of German artist and president of the DDR Academy of Arts, Berlin, Otto Nagel (1894 - 1967), it was perhaps the confines of post-war Germany and circumstance that brought them together.

Keil began studying under Nagel and following him around the backstreets of Berlin at the age of fifteen, so when he joined the Academy of Arts the same year, he was already accustomed to different painting techniques, approaching colour and subject matter, as well as reflecting realistic imagery. Unfortunately, the relationship between Keil and Nagel did not last long as the building of the Berlin Wall caused a separation between the two - with Keil in the West, and Nagel in the East. Keil, however, did not let this hinder his artistic vision. In the sixties, Keil had befriended Spanish artist, Juan Miró (1893 - 1983). The two met in Mallorca, a place whose vibrancy and life contributed greatly to the use of colour in Keil’s work. The use of vibrant colour in his works are also most likely a combating factor against the concrete jungle he moved to during the war, after he had grown up in the natural surroundings of rural Poland.

The work we have by Keil in this auction shows a scene at Lake Wannsee, a seaside town near the area of Berlin he lived in during his youth. The colours he was taught by Nagel and experienced in Mallorca with Miró are covering the canvas in a bright celebration, creating life and energy. This painting is particularly special, as it was a gift from Keil to the Berlin Senate in 1986. Keil’s paintings are sought after by collectors, with Arnold Schwarznegger and Götz George owning examples of his work, and even Gianni Versace commissioned two works from the artist a short time before his death.

Today, Keil’s son works as his manager and takes care of relations between collectors, buyers, and galleries, along with art experts Keil has specifically chosen to deal with his affairs. 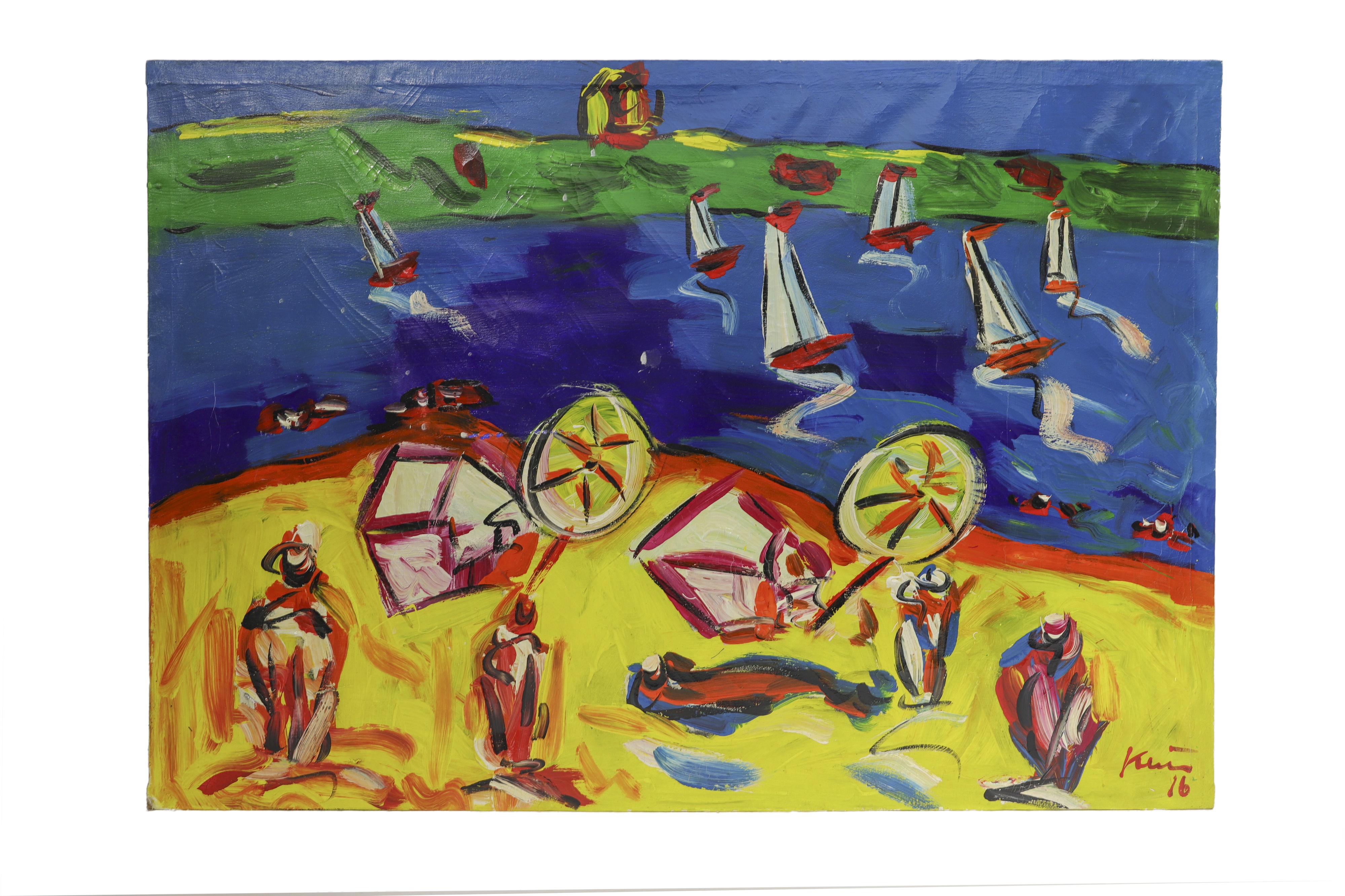