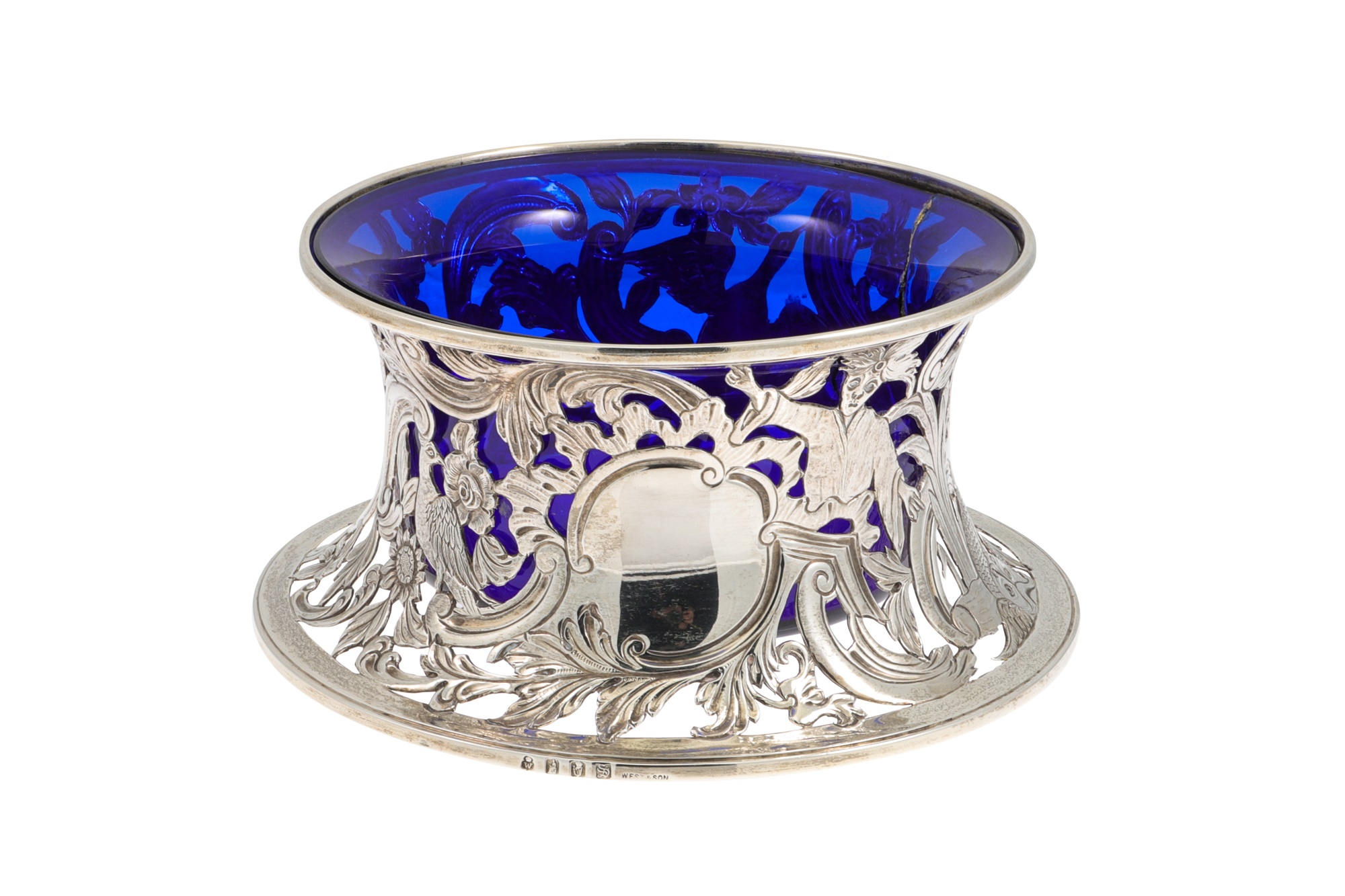 Dish rings, also known as potato rings, are a uniquely Irish piece of silverware. They were used as a stand to place hot dishes on, and they served a dual function of protecting the table beneath from heat damage while also keeping the dish which sat on top well insulated. They were originally designed in Ireland in the mid to late 18th century and were highly ornate pieces.
Two types of designs are most typically seen on Georgian era dish rings, the first a rococo design which made use of natural decoration: asymmetrical motifs, cherubs, shells, and leafy patterns. The other a neoclassical design which incorporated geometric motifs and patterns we often associate with architecture such as dental bands and columns.

Dish rings are generally cylindrical in shape with one end larger in diameter than the other, this meant it could be flipped accordingly to serve different size dishes on, another practicality of the design.
Sometimes called potato rings, they would be placed over a plate and filled with hot potatoes, allowing them to cool slightly through the pierced decoration but retain some heat in keeping contact with the silver. Irish silversmiths were specialists in making potato rings from around 1750 onwards.

A coloured glass insert was a more modern addition to the dish ring and again this helped with insulation and enhanced the beauty of the piece.
Lot 506, made in 1738 by West & Sons is a lovely example of an early dish ring. It is decorated with wavy scroll motifs which flow right around, interwoven with sunflowers, roses, and primroses.
Two pheasants appear amidst the foliage, one with its wings spread as it soars up into the sky, the other static, its head cocked to one side as it glances outwards. An exotic figure wearing a head-dress juts out of a plain cartouche, and a Koi fish lurks about at the base of the dish ring, again hinting at the obsession with exotic animals during the Georgian era.
Honestly, why aren’t these unique items of silver still in use, the perfect tableware piece, ornate and entirely practical. Who knows, maybe the 21st century will see another revival of the dish/potato ring!