Fergus O’ Ryan was a beloved artist in the circle of Irish landscape painters and beyond up until his death in 1989. Born in Limerick on 13th May 1911, O’ Ryan began his art career in the Limerick School of Art, and by the age of 27 he exhibited for the first time in the Royal Hibernian Academy, earning him a place in the annual showcase almost each year until he was 73, after becoming a full member in 1960. Combridge Fine Art on South William Street in Dublin, now closed, was a prime location for people to buy examples of O’ Ryan’s work and always had a collection of works available.

In this month’s auction, we have one of these fantastic examples of O’ Ryan’s work from Combridge Fine Art. Lot 539 is a beautiful woodland scene, entitled ‘Sunshine and Shadow, Forenaughts, Kildare'. The painting shows a gate lodge on the grounds of the eighteenth century Forenaughts House; home to the Wolfe family, including the godfather of Theobald Wolfe Tone.

The title of ‘Sunshine and Shadow’ fits the piece beautifully as the light creeps through the trees, the bright green summer leaves emphasising the bouncing light throughout the image. The light use of impasto creates texture within the picture plain and brings a sense of life to the scene. This is a great example of O’ Ryan’s work, exhibiting his keen interest in the portrayal of the Irish landscape, and capturing small segments of beauty out of a grander scale. Both he and his wife May were keen travellers and hikers in particular, providing O’ Ryan with many encounters with natural beauty that he could capture on canvas. This lot is a perfect work to brighten any space and the reflection of natural beauty would compliment any setting.

Fergus O’ Ryan passed away in 1989 at the age of 78, but with a much accomplished life. He left behind a legacy and with multiple roles behind him; independent artist, set designer for the Theatre Royal in Dublin, cinema poster designer, member of the Royal Hibernian Academy, and a lecturer in the National College of Art. The most notable of O’ Ryan is the past President of Ireland, Mr. Sean T. O’ Kelly. In 1993, The Fergus O’ Ryan RHA Memorial Award was instituted at the annual RHA exhibition. 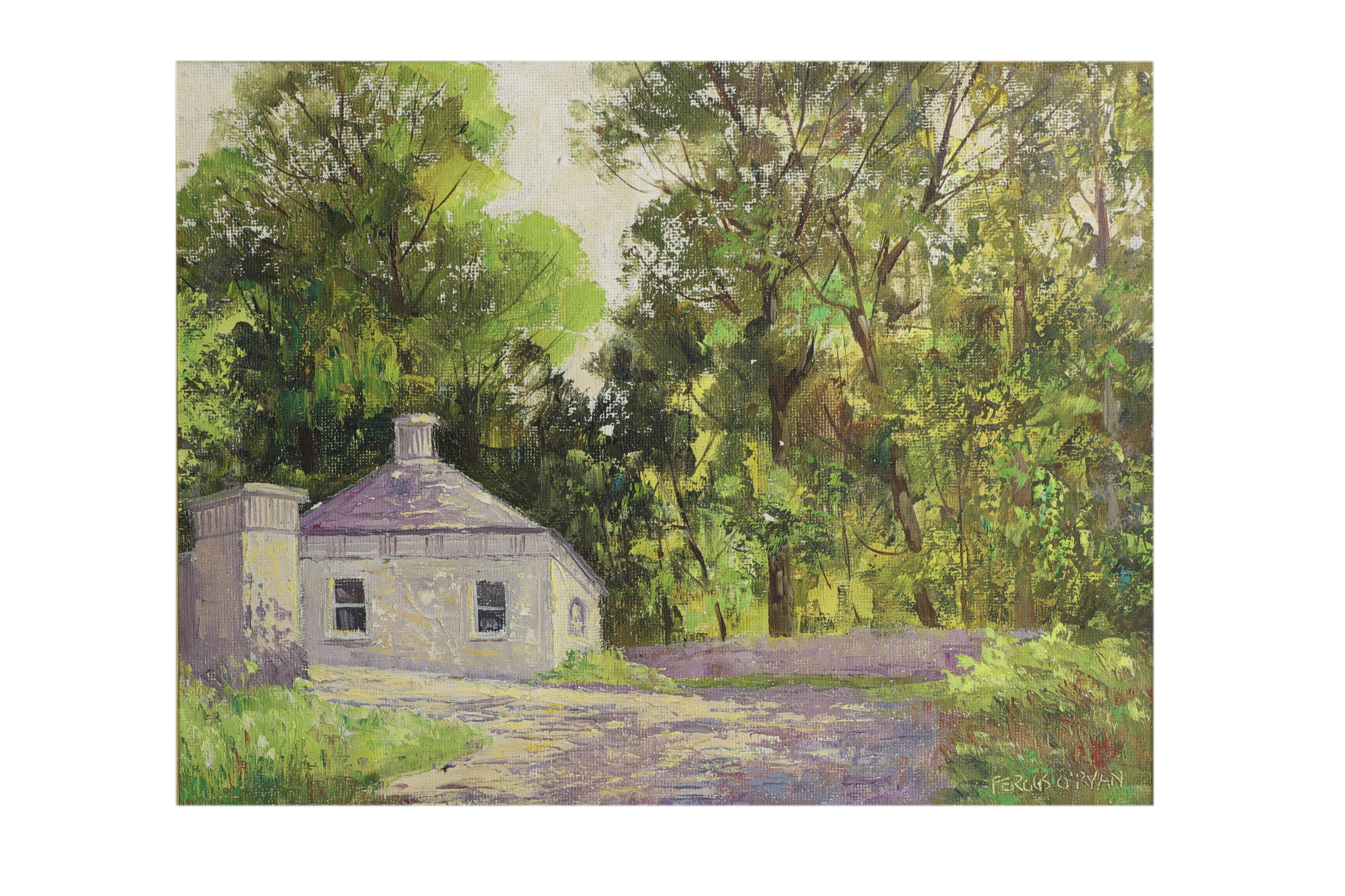