Art Nouveau was a highly decorative style which emerged at the beginning of the 20th century lasting from 1890-1910. It was dominated by naturalism; organic scrolling foliage and sinuous lines were among its most identifiable forms of decoration. There was a strong desire to make the Art Nouveau style one which would emulate the new era of modernism of the early 20th century. It sought to leave behind the imitative styles of the 19th century and abandon previous hierarchal views of the arts whereby painting and sculpture were deemed as superior forms of media. This new modern movement valued, above all, the craft-based decorative arts such as ironwork & metalwork, furniture design, jewellery, illustration, glass making and interior design. The goal was to raise the bar of workmanship, creating high quality art which reflected a new type of sophisticated modernism.

It was a popular belief amongst Art Nouveau practitioners that an object’s function should dictate its form. This is seen throughout architecture, sculpture, and other 3D forms of art, whereby the whole form becomes infused with the motifs of the style. It is meant to represent liberation from more traditional beliefs that clarity of structure and reason should take precedence.

Silversmiths working during this period where highly skilled and worked long hours to achieve the highly detailed decoration. They worked with two techniques: chasing and repoussé, often combining the two. Repoussé required the silversmith to hammer from the inside out creating a low relief design, while chasing employed the opposite technique of hammering from the outside in.
Silver pieces of this style were either completely covered in organic motifs such as scrolling stems and leaves and other asymmetrical shapes, or they were left plain but the form itself was made to look and feel organic. We have examples of both types in our October 2022 auctions. 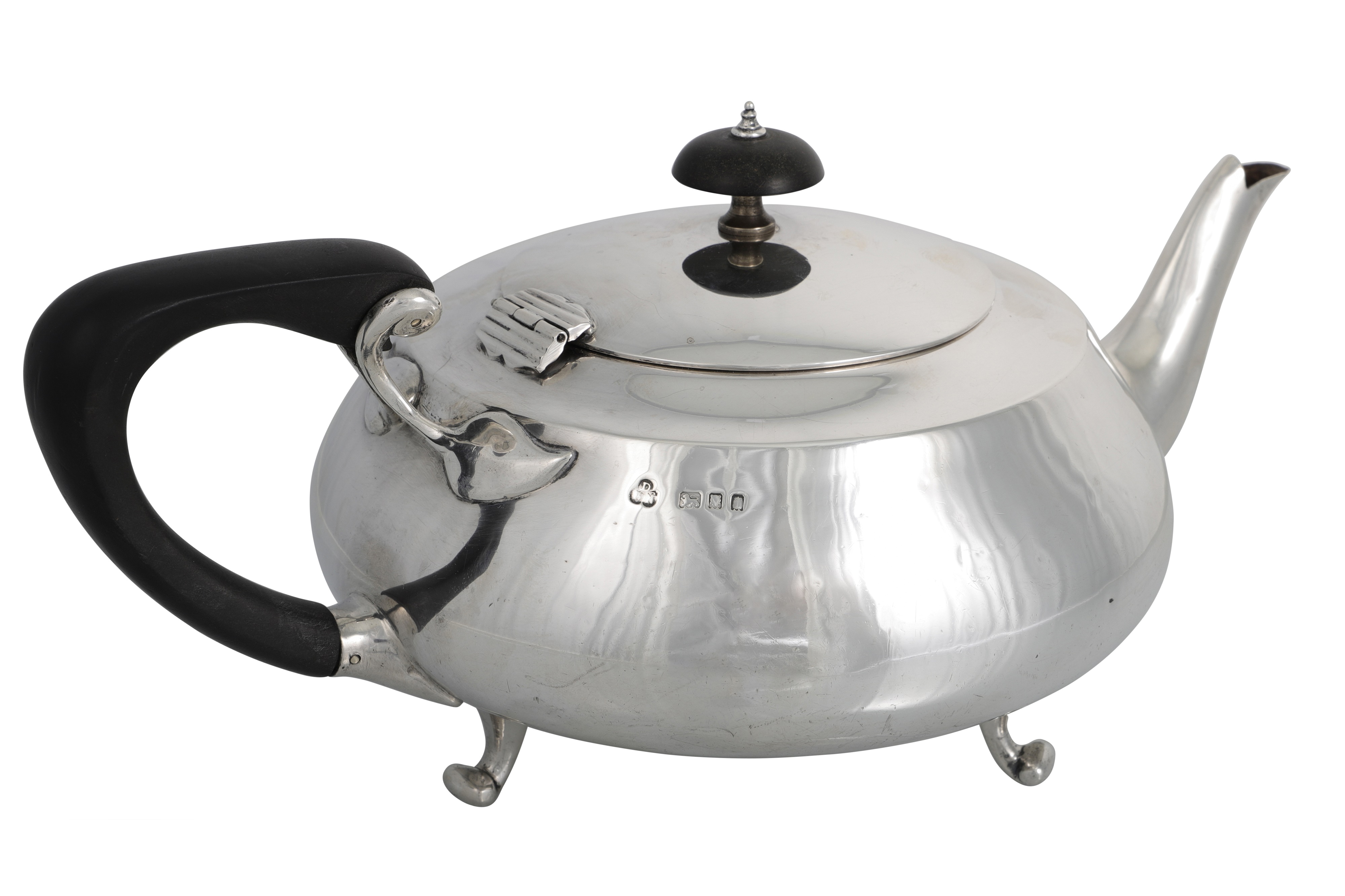 Lot 192 (In our upcoming Design Sale) is a handsome Edwardian Art Nouveau Silver Teapot, made in London 1904. It is a lovely example of how silversmiths of the time were able to bring through this incredible movement and flow, which was so strongly associated with Art Nouveau and its spectacular naturalism. It is of low compact form raised over three scrolled feet; the ebon handle is attached to the body by two tendrils creeping out from leaves which almost appear to grow from the plain silver belly of the pot as though it were the trunk of a tree. 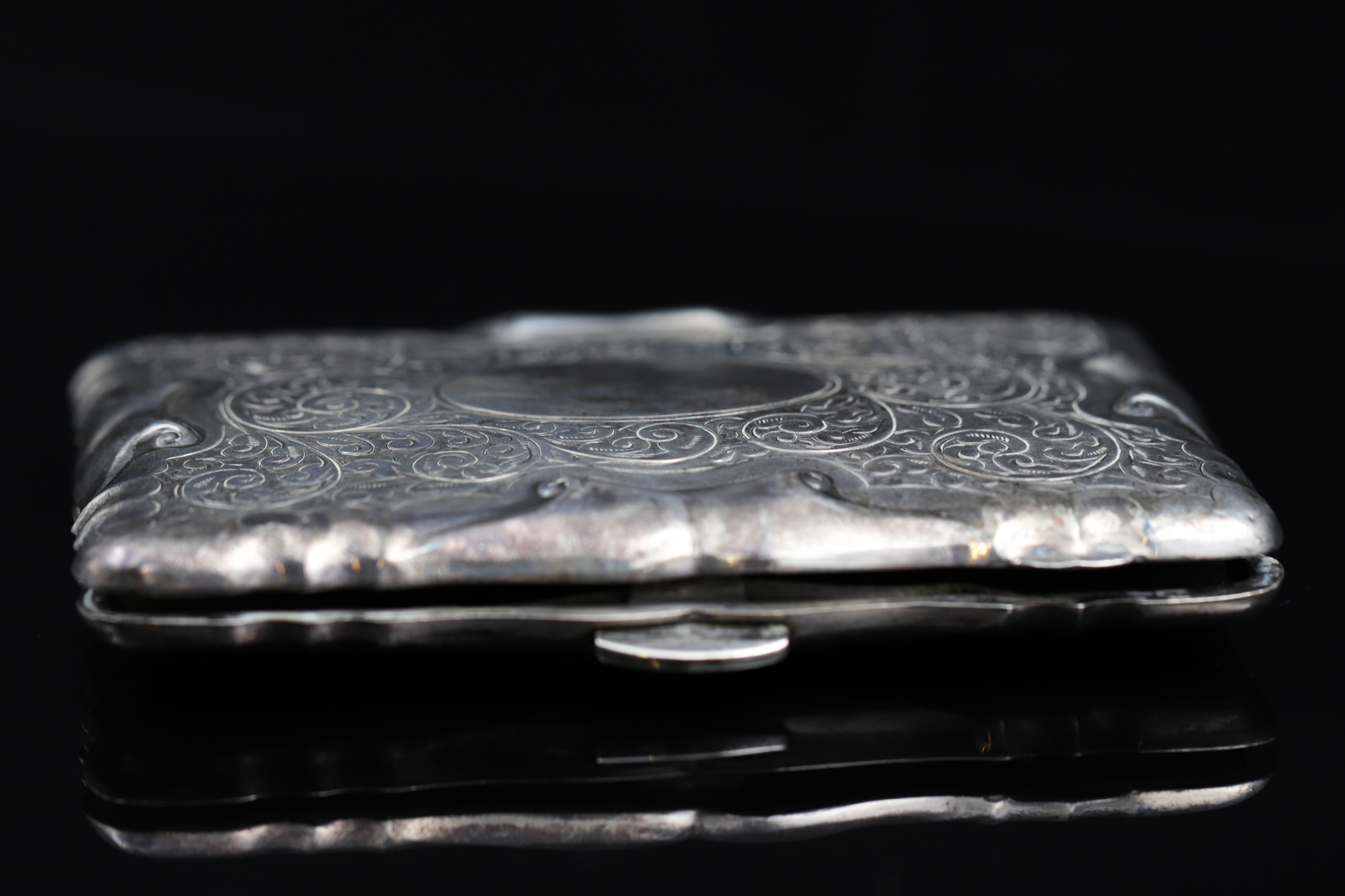 Lot 506 (Oct 19th Sale) is an Edwardian Art Nouveau silver lady’s purse with chased & engraved decoration, together with an Edwardian silver vesta case and chain. The lady’s purse is much more detailed and ornate than the hot water pot, yet both are made with such organic rhythm that we cannot doubt they are of the same style. 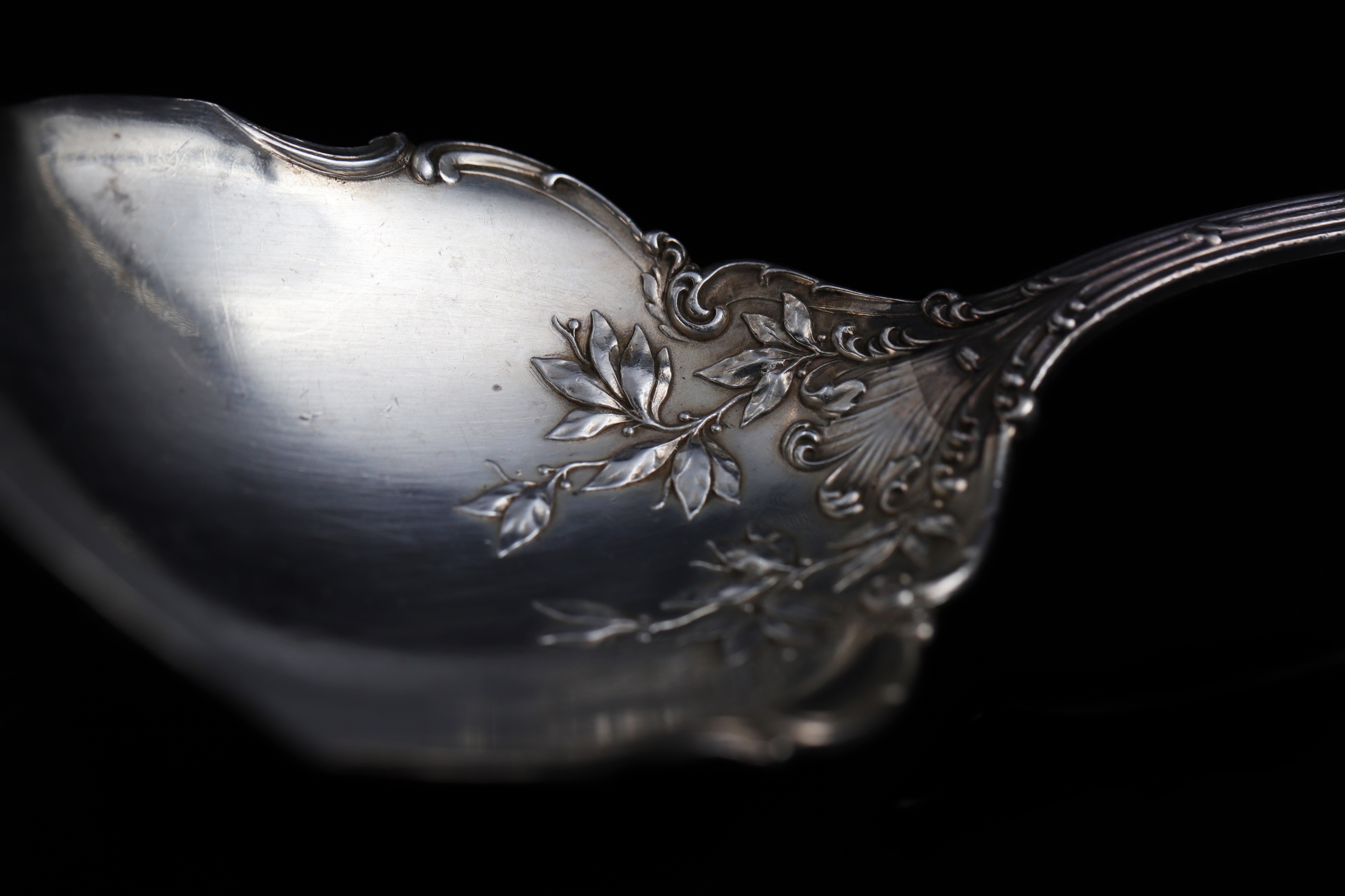 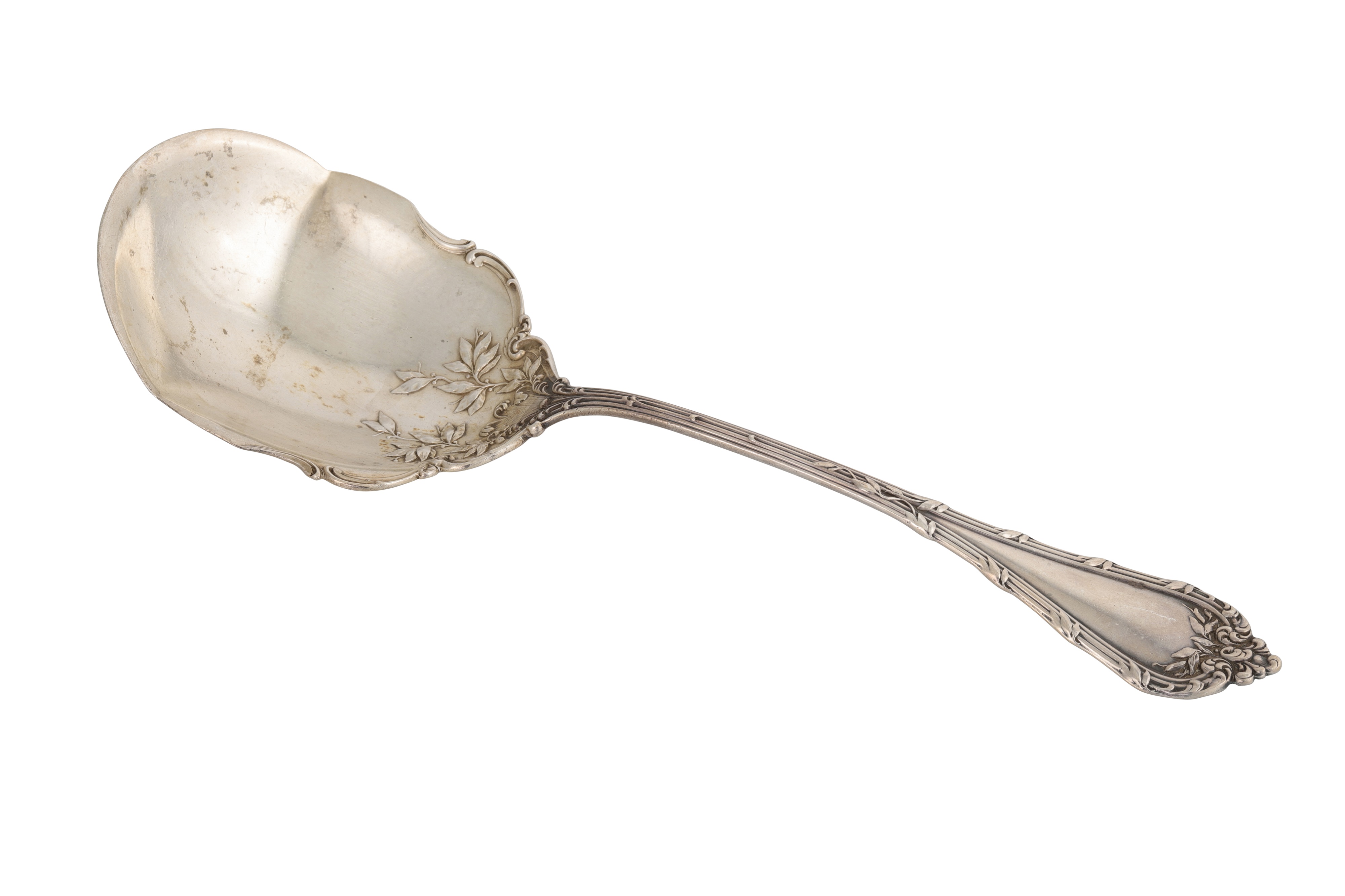